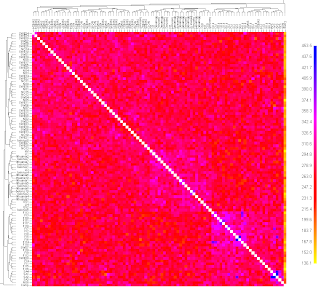 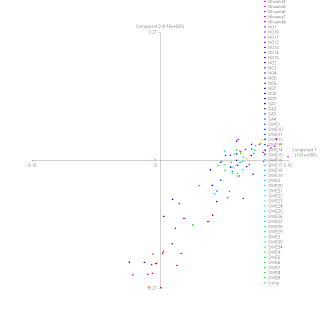 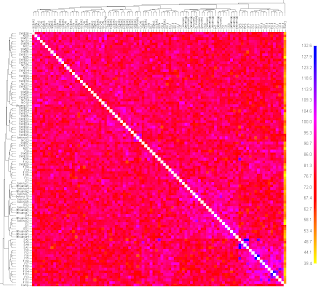 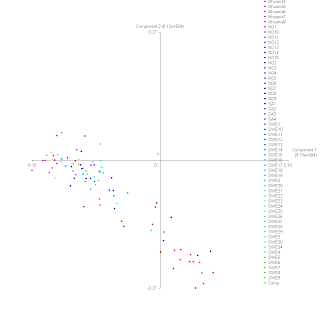 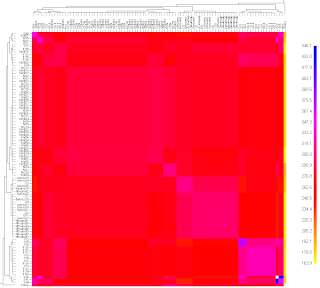 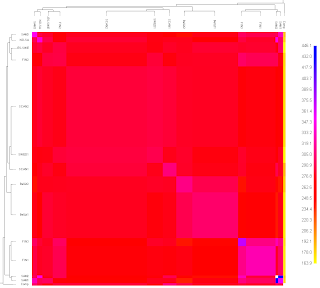 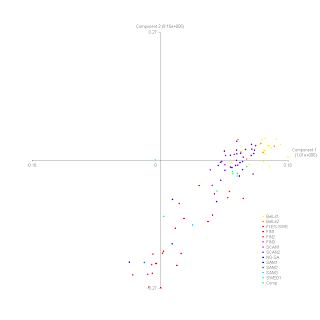 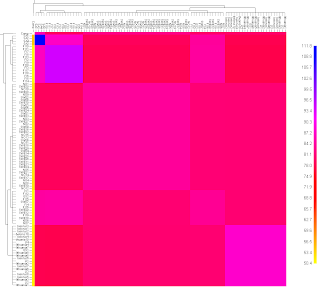 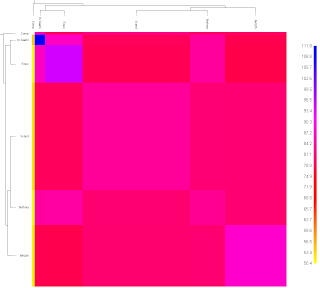 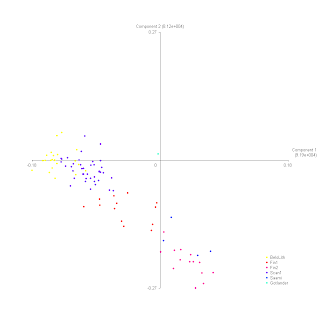 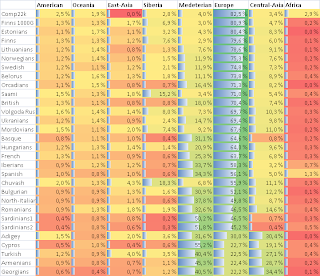 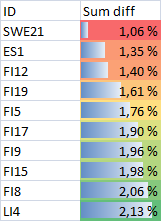 We have received some more participants. As usual the MDS plot then will be updated. This time I have added the Chuvash, Mordovians and Ukrainians to the reference population set as it appears to provoke the Saamis and Finns to seperate from each other. In this plot I have reduced the number of individuals from each reference population to 8 for practical reasons as it allows use of the Excel based 3D plotting program that have limited capacity. Also unbalanced number of samples may scew the result.

We see in the first dimension a familiar structure to what we have seen before but mirrored in the opposite direction. To the far left on the X-axis we see the Italians. On the far right we see the Chuvash and two Saami individuals. From the Italians toward the Chuvash and the Saami we see a split into two branches where continental European populations is in the upper branch while the Brits, Scandinavians, Finns and the Saami dominate at the lower branch.

The MDS program picks a subset of the total used SNP that show the largest indepented variance in the dataset. Dimension 1 or the x-axis here clearly show that its the east and west dimension that have the largest variance or difference where Italians appears the most west while the Chuvash and the Saami have the most east. The other populations appears as gradients between these extremes.

Dimension 2 or the y-axis appears to show more a north-south dimension. It seperate Fennoscandians from the continental populations with the exception of the British who appears to follow the Scandinavians the first step at the root of the Fennoscandian branch. We here see the Estonians in the gap between Finns and the Ukrainian, Lithuanian, Vologda Russiand and Mordovian cluster. 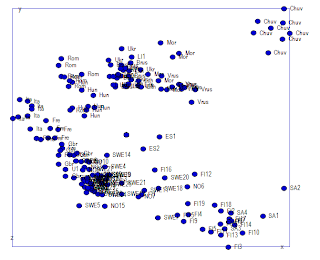 We then move to the 3 dimension or the y-axis on the plot. In the plot below its combined with the dimension 1 or the x-axis. We see here a shape that we also have seen in earlier analysis but the interpreation may be more difficult. We see at the top a cluster with especially Lithuanians and Belorussians at the uppermost part, then follows Finns, Mordovians, Vologda Russians, Scandinavians, continental Europeans and the Saami. The Chuvash at the bottom. 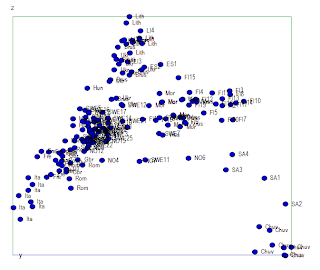 As we can see here it appears Saamis have frequencies of SNP's in this third dimension that resemble French, Romanians and Italians the most but as we can see from the dimension 1-2 that Saamis in the first dimension appears to have a frequency of SNP in that dimension that in part most resemble the Chuvash. So it may be the Chuvash that pull the Saamis so far south as before mentioned western Europeans (you may also get this impression by look it in 3D). Also note that it appears that especially Italians have a frequency of SNP similar to the Chuvash in this dimension. What make Chuvash and Italians connect here I do not know at the moment. However if we compare the earlier Chromopainter runs there is no direct and recent connection between the Saami and the Italians or French as seen through mutation density and segmentsize. 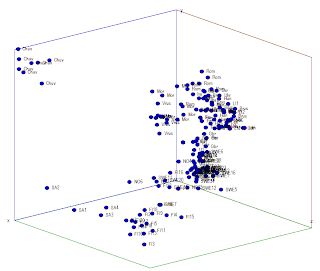