I am as always working to try to find more ways to get ancestry information to the project participants from their genomes. Yesterday when "playing" around with PLINK an important program used to handle the genetic database and creating the MDS plots you all have seen many times I accidently stumbled over a SNP that strongly affiliated with the Saami but not with any other European population in the panel.

Its a single SNP called rs10495625 on chromosome 2. Its located at the phyiscal location at basepairs 13 903 755. All European populations in the panel used (see earlier MDS plots) have the TT allele, even all the Finns and all the Vologda Russians, however of all the panel two Saamis have the CT allele (SA1 and SA4).

This made me curious to investigate further so I rerurn the analys using the whole worldwide datasets I have available. There I found that the C allele also appears in Siberia, East-Asia, Central-Asia, South-Asia, and Oceania. It also appears in North-America. The T-allele is also very common in this regions but the C allele have a limited distribution and have very variable but in general lower frequencies. Also a single Romanian Jew had the C allele.

In European populations its only found among the Chuvashes. Its not found in Caucasus, Turkey and Iran. There is a little pocket of it in the Middle East among the Bedouins.

Please note that this do not mean Saamis are Asians. In all scientific genetic literature I have read the Saami are predominatly of European origin. This I can also confirm from my own analysis. This analysis is based on a single SNP and can only infer some of the genetic story for that location on the genome. 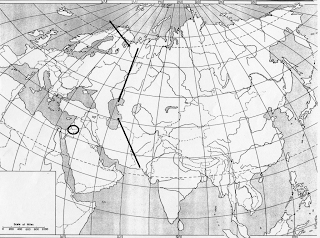