Its time for a new MDS update.

We see much the same structure in the two first dimensions D1-D2 as in earlier analysis. The X or horizontal axis D1 shows south-west Europe at the far left. The variance then as we go further right into two branches on the Y-asis or D2 where the upper branch contains continental European populations while the Scandinavians, Finns and the Saamis form the lower branch. At the edge of the continental branch we find the Chuvashes while on the edge of the lower branch we find the Saamis and Finns. 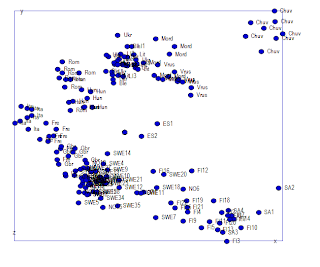 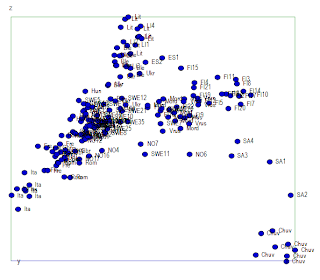 Third plot D2-D3 is a combination of D2 and D3 explained above. 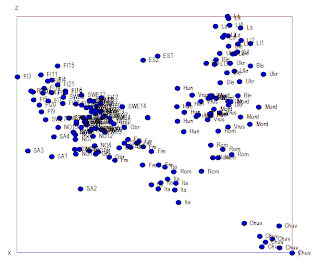